What is Monero Currency Get to know Project Monero 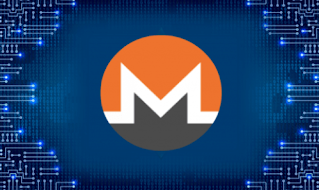 Monero is a digital currency that provides a high level of anonymity for users and their transactions.

For the record, we have previously touched on digital currencies with a privacy nature, and we have seen partly the Monero project.

Below we will dwell more on the coin project.

Monero was created as a community movement with no upfront or VC investment funding.

Monero was launched in April 2014 as a fork of "Bytecoin".

Splitting occurs when an original digital currency is split in two to create another version, which is made possible due to the open source formats prevalent in most cryptocurrency designs.

Most forks are formed to address the flaws of the parent currency and to create better alternatives.

Monero has grown in popularity in the cryptocurrency world mostly because of its anonymity.

All cryptocurrency users are given a public address or a unique key for each user.

With bitcoin, the recipient of the cryptocurrency transfers the coins to their address which they have to disclose to the sender.

Through the Bitcoin blockchain, all currencies transferred from the sender to the recipient are recorded and made public.

Monero transactions are non-linkable and untraceable.

Cryptocurrencies sent to the recipient are forwarded through a randomly generated address to be used specifically for that transaction.

The Monero Blockchain, unlike other blockchain networks, does not record the actual anonymous addresses of the sender and receiver, and the one-time-generated address that is recorded is not tied to either party's physical address.

Therefore, anyone examining the Monero blockchain will not be able to track the addresses and individuals involved in any past or current transaction.

Monero also has a feature called ring signature, which hides the sources of funds so that they are almost untraceable by the parties involved in the transfer.

Loop signing ensures that every Monero transaction is aggregated between two parties with multiple other transactions occurring between other unrelated parties.

This means that the recipient's funds are mixed with the transactions of other Monero users, and are randomly transmitted through the list of transactions, making them very difficult to trace back to the issuer or recipient.

The ring signature also decodes the actual amount involved in any transaction.

Note that the ring signature differs from the anonymization and cash-collecting method adopted by other cryptocurrencies competing for anonymity.

Finally, Monero has a distinct way of handling transactions by dividing the transferred amount into multiple amounts, and treating each split amount as a separate transaction.

Each is treated separately and a unique one-time address is generated for each of the divided numbers.

With the ring signature, each of these split amounts are mixed up with other transactions that have also been split of course, making it very difficult to determine the exact mix of 200 XMR that belongs to the recipient.

Monero allows transparency at the discretion of users.

All users have a “view key” that can be used to access an account using the corresponding private key.

The parties selected include parents who may need View Keys to monitor the transactions of their children and auditors whom the User would like to grant access to audit their account holdings and their value.

In addition to the offer key, users also have a “spend key” that authorizes the specific entity with which the user shares the key to spend or transfer funds from the account.

Like the display key, the spend key is 64 characters long and consists of alpha characters and numbers.

Monero has grown in popularity, not only for the intention of engaging in illegal activities in the underground market, but also for individuals who simply want to be able to obtain goods and services online without revealing their identity.

The currency symbol for Monero is XMR.

CoinMarketCap's current rating for digital currency Monero is 26, with a total market capitalization of $5,121,054,365.

If you want to know where to buy Monero coin, the best platforms that provide Monero cryptocurrency trading are:

How many Monero (XMR) coins are in circulation?

The introduction of the digital currency Monero is somewhat unusual, as the coin was not offered as an initial sale of XMR.

At the time of writing this article, the circulating supply of XMR is 17703471.

This cryptocurrency is designed to be resistant to integrated mining ASICs, which are commonly used for bitcoin mining.

In theory, this means that XMR can be mined using normal everyday computing equipment.

Overall, there will eventually be a total of 18.4 million XMR in circulation, and this maximum is expected to be reached on May 31, 2022.

Then, the miners will be incentivized with some small reward, whereby feeding a small amount of XMR into the system every 60 seconds is given as a reward.

This approach is believed to be more effective than relying on transaction fees.

How is the Monero network secured?

One of Monero's main goals is to prevent centralization, and this network uses a consensus mechanism called “CryptoNight,” which relies on the Proof of Work mechanism.

At the same time, Monero relies on a mechanism that prevents large mining farms from becoming a dominant force.

This was a detailed overview of the Monero project which is one of the best privacy coin projects.