Wales secured qualification to the Euro 2020 final by defeating Turkey 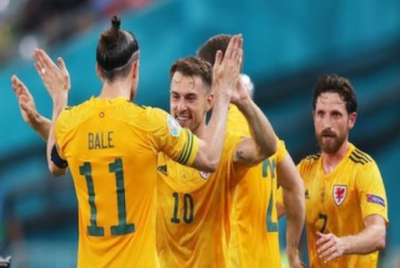 Wales defeated Turkey 2-0, during the match that brought the two teams together at the “Baku Olympic Stadium”, for the second round of the group stage of the European Championship - Euro 2020.

Wales qualified for the final price by a large percentage, as it raised its score to 4 points in the first group, which also includes Italy and Switzerland. Even if it loses in its last match, it will often climb through the best third place card.

Wales entered the match with great confidence and a clear desire to score, and Gareth Bale was the most dangerous element during the first half, as he created two good chances to score, which were missed by Aaron Ramsey, and then made the only goal for his colleague Aaron Ramsey by the 43rd minute.

Wales retreated to their defensive areas in the second half to keep the score and take advantage of the Turkish team's rush to try to amend, and indeed created some dangerous counter-attacks during which it was close to consolidating its lead with the result.

Gareth Bale gets a penalty kick in the 60th minute after he was obstructed by the Turkey defender, but the Real Madrid striker failed to score, as he hit a stray ball over the horizontal bar, which made his team play under pressure during the last half hour.

But Gareth Bale came back to atone for his guilt again in the fifth minute of stoppage time, as he penetrated into the penalty area in a superb way, and provided a pass on a plate to Conor Roberts, who signed the second goal.