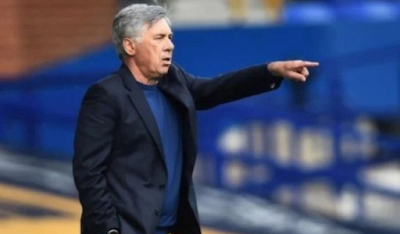 Real Madrid has officially announced the return of its former coach, Italian legend Carlo Ancelotti, to coach the club's first team after the departure of Zinedine Zidane.

Real Madrid fans hope that Ancelotti and the team's players will succeed in overcoming the disappointments of last season, from which the team came out without achieving any title, whether locally or in Europe.

According to a report published by Football Italia, Ancelotti will ask the Real Madrid administration to sign Spanish international Fabian Ruiz of Naples, in order to strengthen the team's midfield.

The report indicated that Ruiz was associated with a possible move to Barcelona or Real Madrid, and Ancelotti's return would certainly be a likely factor for the royal to settle the deal.

It is worth noting that Ancelotti was the one who requested the contract with Ruiz when he was coach of the Napoli team, after his brilliance with his former club Real Betis in 2018.

Ruiz is 25 years old and has previously played for Elche alongside Betis in Spain. Since his move to Naples, the Spanish star has played 128 matches, scoring 15 goals and making 10 goals.