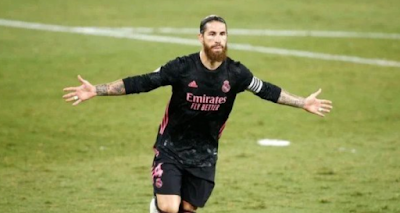 Spanish defender Sergio Ramos, the heart of Real Madrid defense, will decide his future with the Royal Club, within a few hours.

The Spanish newspaper Marca reported this evening, Wednesday, that Ramos plans to appear at a press conference, tomorrow, Thursday, in the sports city of Valdebebas.

The Madridista leader will be in the Sports City with his intention to appear at a press conference in light of the lack of clarity regarding his future with the royal team so far.

Ramos has a contract with Real Madrid that expires at the end of this month, and according to Marca, Ramos will put an end to speculation about his future by speaking publicly from the Sports City.

This comes at a time when Spanish journalist Josep Pedriroll, who is close to Real President Florentino Perez, stated that Ramos had decided to leave the royal club.

And Spanish press reports have spread in the past hours that Ramos wants to stay in the Real Madrid and agrees to the previous club’s offer to extend the contract for one season with a 10% salary reduction.