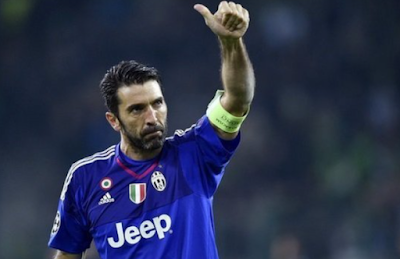 Veteran Italian goalkeeper Gianluigi Buffon appears to have already made up his mind about choosing his new club after leaving Juventus at the end of the season.

According to "Sky Sport Italia", Buffon has already reached an agreement on his personal terms with his former club Parma, and has already signed his contract to join the team in which he started his professional career.

Currently, it remains only for Parma to announce the signing of the 43-year-old goalkeeper, who won the 2006 World Cup with the Italian national team, for Buffon to join his former team officially.

Parma will compete in the Italian second division next season, after occupying the last place in the table of the Italian league standings for the 2020-2021 season, with only 20 points.

Buffon started his career with Parma at the age of 17, when he participated for the first time in the Italian league in November 1995, before moving to Juventus in 2001 in a record deal for 52.88 million euros.

Buffon preferred to move to Parma, despite receiving another offer, while some reports had indicated Barcelona and Real Madrid's desire to obtain his services.