A new development in Chelsea's offer to sign Achraf Hakimi 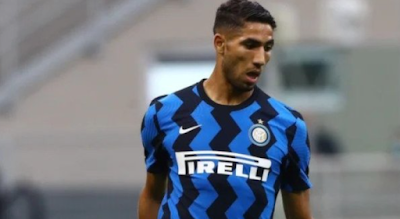 Moroccan star Achraf Hakimi has become a strong candidate to leave his club, Inter Milan, this summer, while Chelsea and Paris Saint-Germain are fighting for his services.

Chelsea and Paris Saint-Germain made offers to Inter Milan to obtain the signature of the Moroccan international star for 60 million euros, which was rejected by the Nerazzurri, who will not accept Hakimi’s departure for less than 80 million euros, which can include 70 million in addition to variables based on the player’s performance .

In response to Inter Milan's position, Paris Saint-Germain raised its offer to 65 million euros, according to the Italian newspaper "La Repubblica", while Chelsea kept its financial offer as it was at 60 million euros, but added to it the services of Spanish full-back Marcos Alonso.

Marcos Alonso has experience playing in the Italian league, having previously worn the Fiorentina shirt from 2013 to 2016.