A blow to Manchester City ambitions to sign Messi 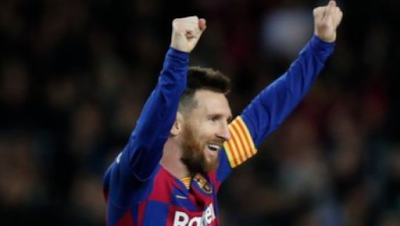 Lionel Messi's contract with Barcelona is scheduled to expire next month, and the issue of renewing his contract has not been resolved, neither by the player nor by Joan Laporta, Chairman of the Barca Board of Directors.
Many rumors have been circulating over the past months about Leo's future, and whether he will accept to continue in the Blaugrana with Laporta presenting him with a convincing project or not.
The Mirror newspaper reported some details about the case, and claimed that the 6-time Ballon d'Or winner had already agreed to sign a contract renewal with his life club.
The Argentine made clear in earlier times his desire to move outside Barcelona, ​​and to have new ambitions and experience, which put the elite clubs in Europe on alert, especially Manchester City.
But now a big change has occurred that may make Messi accept the renewal with Barcelona soon, as he may decide to stay motivated by the arrival of his compatriot and close friend, Argentine striker Sergio Aguero, and the Barcelona administration believes that Messi will sign a two-year contract extension to continue his journey at the Camp Nou.
BARCELONE La Liga News