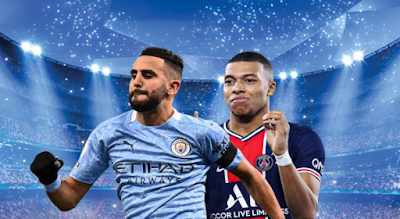 The two teams meet in the semi-final second leg of the Champions League at the Etihad Stadium in Manchester at an expected temperature, God willing, 5 degrees Celsius. Referee Björn Kuibers will lead the match and assist:

The first leg ended with Manchester City winning 2-1 at the Parsiene. He scored the match goals for Paris Marquinhos in the 15th minute, while City was tied by Kevin De Bruyne in the 64th minute, and the winning goal came in the 71st minute from the Arab-Algerian player Riad Mehrez.

The match is transmitted to all followers of the Middle East on the BBC Sport channels.