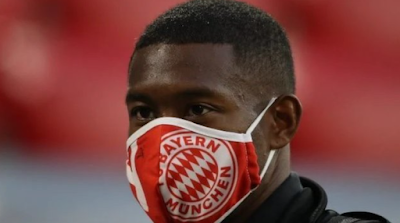 David Alaba, 28, decided to leave Bayern Munich for free after his contract with the Bavarian club expired this summer.

Despite Bayern Munich's attempts to persuade David Alaba to continue for a longer period with the team, the Austrian international refused, and decided to leave.

Real Madrid is the most prominent candidate to sign David Alaba to improve the defensive aspect in light of the close departure of captain Sergio Ramos from Real.

David Alaba spoke to the official website of Bayern Munich, saying, "It is always difficult when something is over, and it is no secret that I felt at home here."

He added, "It is clear that I will leave Bayern Munich with tears in my eyes, but I also look to my future at the same time."

He continued, "It was not a decision against the club, but I decided that I wanted to do something new, and take another step forward."

And he added, "To grow, you have to leave your comfort zone. Expectations here at Bayern Munich are high, so I think maybe you have to go into the unknown to be able to mature again."