Guardiola comments on the arrest of the former Barcelona president 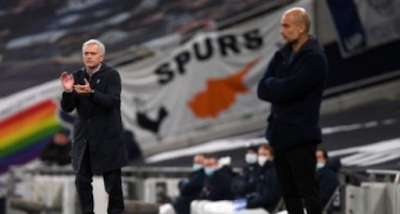 Pep Guardiola, Manchester City coach, made his opinion about the arrest of former Barcelona president Josep Maria Bartomeu, following his involvement in a corruption case known within the media as "Barca Gate".
Catalan authorities arrested Bartomeu on Monday, but he was provisionally released on Tuesday after spending one day in prison, accompanied by a number of his aides, including CEO Oscar Grau and former presidential advisor Jaume Masferrer.
"I know it is a difficult situation and I hope that everything goes well and everything ends well. He is really innocent until the court proves that he is guilty," the Manchester City coach said at his press conference on Tuesday.
“The only thing that worries me is the presidential election,” he added. “I hope a lot of people will vote for a president who leads the best club in the world for me. I look forward to this election on Sunday. ”
“The situation is difficult in Barcelona, ​​but the new president needs courage to lead the club in the coming years. "As many people as possible can vote and elect the best person for the presidency, I am sure they will come back stronger."
Guardiola is considered one of Barcelona's best players and coaches ever, as he joined the club as a young player in 1984, and played for the team until 2001, then returned as coach of the reserve team in 2007 before taking over the reins of the first team in 2008, and the rest of the story is known to everyone.
BARCELONE News