A new crisis hit Juventus due to Dybala injury 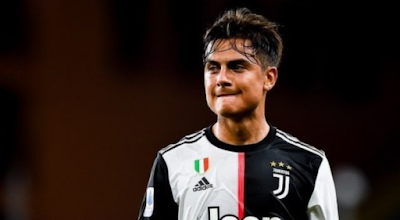 The Spanish newspaper "Marca" reported that Argentine Paulo Dybala, Juventus striker, has been living in a nightmare since his last injury with the team.

Paulo Dybala suffered a knee injury early last January, and since that time, the player has failed to return to the stadiums despite his continuous attempts.

The newspaper pointed out that the club doctors diagnosed that the injury needed only 15 to 20 days, but it continued to this day.

The newspaper added that the injury seemed to be minor, but the pain was still in the area of ​​his knee whenever he tried to return to group training.

What adds to the concern is the statement of Argentina coach Lionel Scaloni when he said, "Dybala cannot find a solution to his recent injury."

The newspaper pointed out that Juventus club is concerned about this injury, which may seem chronic, so the player traveled to Barcelona last week to receive treatment by Dr. Ramon Cugat, who then confirmed that the player does not need surgical intervention, and with different training, he can return to play without pain.

"Marca" added that Cogat’s speech reassured Juventus and the player is waiting for the response to the last treatment, but he will definitely miss the second leg of the Champions League final against Porto.

It is worth noting that Paulo Dybala has missed Juventus so far this season in 12 games, and has only participated in 16 matches.