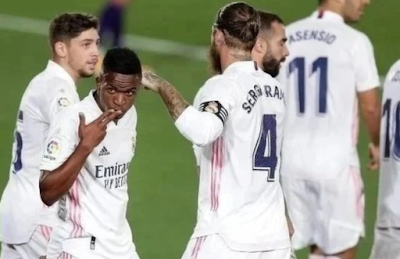 French coach Zinedine Zidane commented on the crisis of his defender's contract and the captain of Real Madrid, who has not reached an agreement with the club to renew his contract so far.

Real Madrid coach Zinedine Zidane was present at the press conference preceding his team's match against Huesca in the Spanish League competition.

Real Madrid returned to negative results again, the latest of which was the loss by Levante at the Alfredo Di Stefano stadium, which shocked everyone, which caused some to put question marks again about Zidane's future.

Zinedine Zidane said, "There is a lot of talk about this, but I assure you that nothing is clear yet."

Zidane continued, saying: “Sergio Ramos is very important here. He is a global technical player and also a captain for this team.”