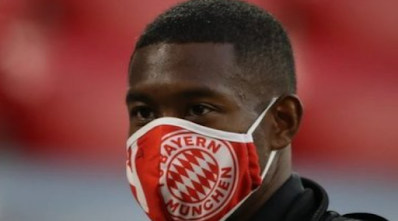 "Fabrizio Romano", a famous journalist in the "Sky Sports" network, confirmed that Real Madrid had reached a final agreement regarding the contract with Austrian David Alaba, Bayern Munich defender, during the summer transfer market.

Austrian international David Alaba's contract with his current team, Bayern Munich, will expire next summer, so he is entitled to sign any other team now, provided that he joins him at the beginning of the new season.

Bayern Munich management tried to persuade the Austrian defender to continue with Bayern Munich, but the player refused, preferring to take a new experience elsewhere.

Real Madrid was one of the main candidates to win the services of David Alaba, in addition to Barcelona, ​​but El Marinji eventually succeeded in winning the deal.

The journalist pointed out that Real Madrid had agreed with David Alaba to sign him for a period of four years until the summer of 2025.

The journalist explained that although Real Madrid reached an agreement with David Alaba, the latter has not yet passed his contract with El Merengue, but this will happen in the coming days.