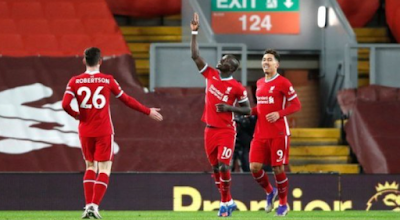 The German coach Juergen Klopp, the Liverpool manager, was present at the special press conference before his team’s expected and decisive match next Sunday against Manchester City in the twenty-third week of the Premier League’s life at Anfield Road.

Liverpool will enter the match under the leadership of German coach Juergen Klopp in order to erase the team’s final result when it lost to Brighton 1-0 at Anfield and hopefully revive the Premier League title competition again.

The German coach Juergen Klopp talked about a lot of things related to the match, including the physical condition of his players, before the important meeting next Sunday, especially in light of the injury crisis that hit the team.

Jurgen Klopp said: "Alison Baker trained today after his illness. He came back better. He does not suffer from anything and will train hard until the day of the match."

"There is also a great possibility that Mane and Fabinho will return, and newcomer Capac is ready for the Manchester City match," Klopp added.