Lionel Messi against Kylian Mbappe ... The face of decisive future 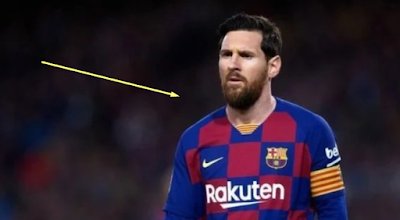 A few hours separate us from the upcoming confrontation that will bring together Barcelona, ​​Spain, and Paris Saint-Germain, for the price of the Champions League final.

Barcelona will host rival Paris Saint-Germain at the "Camp Nou" in the first leg of the Champions League final.

A game that everyone awaits, especially since the last confrontation that brought together the two teams ended with a great result in favor of Barcelona with six goals to one in the famous Blaugrana Remontada, after losing in the first leg in a clean four.

In the absence of Brazilian Neymar da Silva from the match between Paris Saint-Germain and his former team Barcelona due to the injury he suffered in the Cannes meeting, Frenchman Kylian Mbappe has become the star of the first team, who will assume responsibility for the exclusion of the Blaugrana from the Champions League, and revenge for what happened in the team since Almost four years.

On the other hand, Argentine Lionel Messi comes in an attempt that may be the last to win the Champions League title for the fourth time with Barca, after the drama that haunted the team over the past years.

As the title indicates, Messi versus Mbappe, facing the decisive future, the two have been associated with leaving Barcelona and Paris Saint-Germain next summer.

Messi will end his contract with Barcelona next summer, and so far he has not decided his position yet, whether to continue or leave, and on the other hand comes Mbappe, who wants to fulfill his dream of working with Zinedine Zidane at Real Madrid.

All scenarios are on the table, Messi may finally decide to leave Barcelona, ​​and Paris Saint-Germain is waiting for him, especially after press reports indicated that Neymar had contacted his old friend Messi in order to join Paris, and for Mbappe, the French star is still thinking about Real Madrid.

The outcome of today's match, or in other words, the result of the home and away matches will greatly affect the future of the two stars with Barcelona and Paris Saint-Germain.

The qualification and victory of Paris Saint-Germain, will make Messi think seriously about leaving and playing with the French team, which has many of his friends.

Messi's move to Paris will give Mbappe the golden opportunity to demand to leave and join Real Madrid, taking advantage of the salary of the Argentine star, who will push the management of the French club to dispense with one of its stars.

And if Barcelona succeeds in qualifying and presenting good levels against Paris Saint-Germain, here Messi will think about his future, and he may end up staying with Barca with new ambitions with the new administration, and here the talk will end completely about the possibility of Mbabe joining Real, and he will continue with the Parisian team for a longer period next to Neymar Who has expressed a desire to stay longer with the Parisian club.