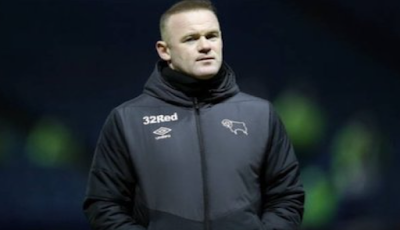 The English Derby County club published an official statement on its official website on the Internet and its official accounts on the social networking site Facebook and Twitter, announcing its contract with Wayne Rooney, the former team player, as a coach and coach of the first team.

New Derby County coach Wayne Rooney will be on hand at a major press conference a few hours later to talk about his tough assignment and the start of his coaching career.

Wayne Rooney officially signed a year and a half ago, joining Derby County, beginning in January, for a period of 18 months (a year and a half), where he initially joined as a player and coach in the coaching staff of the team that plays in the English Championship.

Wayne Rooney, 33, has a major Premier League history with Manchester United and Everton.