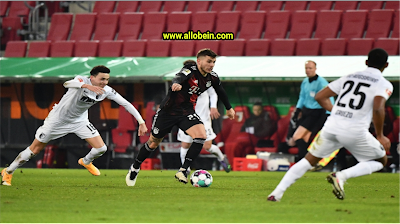 Augsburg club hosted its German counterpart Bayern Munich in the German League today Saturday 20-01-2021 at the Impulse Arena, within the two teams' matches in the first leg of the German League competition, from week 17, led by referee Matthias Julenbeek, the match will be held in the presence of a limited number of fans This is due to the Corona pandemic.

This match was held at the Impulse Arena, the stronghold of Augsburg, in the German League matches.

Lewandowski had missed an investigative goal after he had a cross, but he put the ball with his head over the crossbar.

Bayern Munich raised its points tally with this victory to the 39th point at the top of the league table.

While the balance of Augsburg stopped at point 19 in the twelfth place in the ranking table.