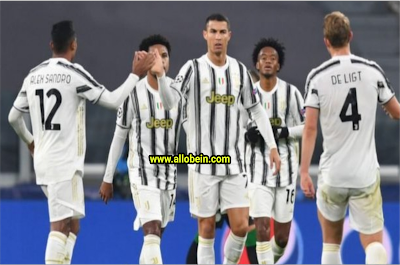 Portuguese star Cristiano Ronaldo led his team, Juventus, to win two straight goals and crown the Italian Super Cup at the expense of rival Napoli in the match that took place between the two teams, this evening, Wednesday, at Mapei Stadium.

The first half witnessed an exchange of control over the ball between the two teams, while Juventus lacked accuracy in his shots and did not succeed in striking any ball on the goal, while Napoli was more accurate, but he could not score the Bianconeri, to end the game with a 0-0 draw.

In the second half, Portuguese star Cristiano Ronaldo cut the goal bar after he took advantage of a corner ball attempted by Leonardo Bonucci with his head to hit the defender and bounced in front of Ronaldo, centimeters from the goal, to hit the net in the 64th minute.

Napoli got a chance to score after the referee gave him a penalty kick, which Lorenzo Insigne missed in the 80th minute dramatically to keep the result, Juventus leading with a clean goal.

Gennaro Gattuso, the coach of Napoli, tried to push more forwards during the last minutes in the hope of snatching the equalizer, but he did not succeed in his endeavor, as Alvaro Morata shocked him with the second goal of the old lady in the fifth minute of stoppage time to lift Ronaldo and his comrades and achieve the coach of the Bianconeri Andrea Pirlo made his first tournament as a coach.