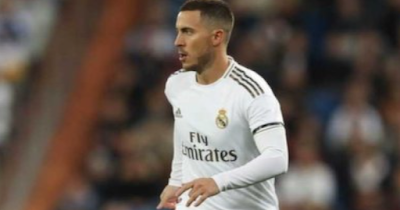 Real Madrid fans have called on the club's management to get rid of the Belgian star Eden Hazard during the upcoming summer transfer period, after he had failed miserably with the team over a year and a half.

Hazard joined Real Madrid in the summer of 2019 for 100 million euros, although a contract would have expired after only one year, and the player missed more than half of the matches due to injury, and even when he participated, he did not provide the performance expected of him.

Hazard was a key player in yesterday's match against Athletic Bilbao, but he was unable to make the difference as coach Zinedine Zidane and fans of the royal club had hoped, as the team received a two-goal defeat and deposited the championship.

The Spanish newspaper Marca, which is close to Real Madrid, put forward a referendum for the fans regarding what the club should do with Eden Hazard, and the result was shocking for the Belgian star, as the largest proportion of Real Madrid fans voted to sell it as soon as possible to benefit financially from his departure.

While a good group of the fans believes that Zidane should continue relying on him mainly until he regains the true level he was at at Chelsea, and with a similar ratio as well, many believe that he should sit on the bench and turn into an alternative player, while the smaller percentage of the fans You think the game plan should be changed to serve him as was the case with Cristiano Ronaldo.

Here are the results of the referendum on Hazard

** Continue to insert it basically until it regains its level: 27%