Real Madrid deposited the King's Cup in a resounding scandal 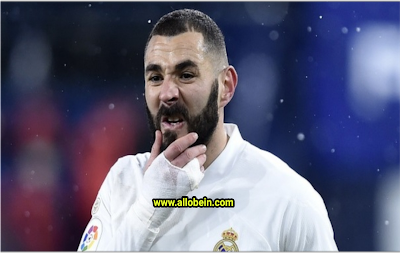 Real Madrid received a new blow by losing to Deportivo Alcoyano, active in the third division, with two goals to one, to bid farewell to the King's Cup in the round of 32, which is the first match the team competes in the competition this season.

Real Madrid advanced with a clean goal in the first half, but received the equalizing goal in the last minutes of the end of normal time, so that the match went to overtime, and Deportivo Alquiano succeeded in scoring the progress goal and snatching the qualifying card shockingly for fans of the royal club, which still did not wake up from the shock of defeat Athletic Bilbao in the Spanish Super Cup.

Coach Zinedine Zidane made many changes to his usual squad recently, and Casemiro is the only player who is present today from the starting line-up, in addition to Lucas Vásquez, who has turned into an important factor this season.

Real Madrid appeared disappointingly throughout most of the first half, and it was clear that there was no harmony in the new squad that Zidane pushed, but the team was fortunate to have progressed with the result by the 45th minute through Brazilian defender Idir Militão, after Marcelo gave him a ball. A special cross with a header turned him into the net.

Real Madrid's performance did not develop in the second half, although it became more dangerous on the goal, but appeared unable to penetrate the fortresses of Alcoyano most of the time, with the exception of the counterattack that Vinicius Junior was alone with and acted in a very bad way.

After Vinicius' missed attack, the opponent scored an equalizing goal through a corner kick that Solipas, who was standing behind Real Madrid's defenders, used to put the ball in the net by the 80th minute.

Coach Zinedine Zidane made some substitutions in extra rounds to snatch the winning goal, as he entered the Belgian star Eden Hazard, and Karim Benzema also preceded that push, but these substitutions did not succeed in making the difference.

Real Madrid besieged its opponent in its own areas during the extra games in search of the scoring progress that never came. On the contrary, Deportivo Alcoyano snatched the winning goal at the 114th minute, which caused the dismissal of Zinedine Zidane's men.