Postponement of the presidential elections in Barcelona 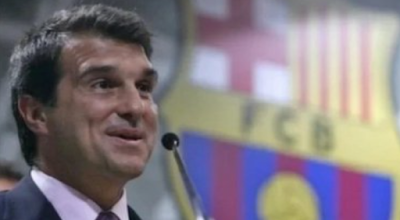 Barcelona announced on its official website the postponement of the presidential elections, which will reveal the identity of the new president, who will succeed Josep Maria Bartomeu.

The Barcelona presidential elections were scheduled to be held on January 24, but due to the closures imposed by the Coronavirus pandemic, the elections were postponed for a few months.

The competition in the presidential elections for the Catalan club is between 3 candidates, namely Juan Laporta, Victor Font and Tony Frica, and all expectations indicate that Laporta, the former club president, is the favorite to win.

Barcelona issued an official statement, the contents of which stated, “The Spanish government and FC Barcelona held a meeting today, Friday, January 15, to discuss the possibility of running for the presidential elections in light of the Coronavirus pandemic, and during the meeting the government informed the club that the situation does not allow movement outside the municipality for members to cast their votes.”

"For its part, the club confirms the impossibility of holding the elections on the specified date due to the movement restrictions imposed by the Catalan government in the current epidemic procedures, and for this reason the elections must be postponed."

Barcelona also clarified in the statement that the club requested the Catalan government to amend the current sports legislation in order to enable voting by mail at the new election date that has not yet been determined, and the government pledged to study this proposal.