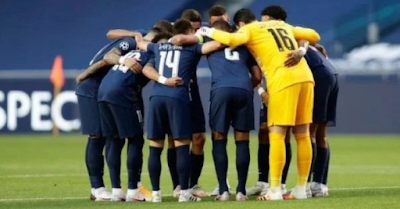 Paris Saint-Germain will host its Brest stadium; Led by referee Hakim bin Hajj, at the Parc des Princes, within the two teams' matches in the nineteenth week of the French League competition, the match will be held without the presence of the masses, due to the Corona pandemic.

In the nineteenth round of the French League competition, at the Parc des Princes, Paris Saint-Germain scored a 3-0 guest.

In the 16th minute, Moise Kean scored the first goal for Paris Saint-Germain, after a corner kick by Di Maria reached Marquinhos to hit the header, collided with the crossbar and returned to Moise Kane to hit it in the empty goal.

In the 81st minute, Mauro Icardi added the second goal for Paris Saint-Germain, after a wonderful skill from Mbappe, dodging the defense players, then passed the ball to Icardi to shoot it directly into the goal.

Two minutes later, Pablo Sarabia scored the second goal for Paris, after a heel pass from Icardi that reached Sarabia, to shoot it with a strong left from outside the penalty area, to find her place in the net.