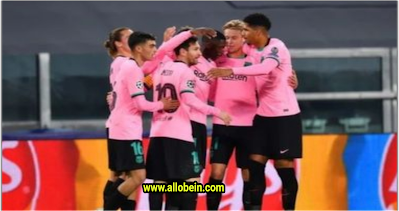 The network indicated that the Lombard club wants to obtain the services of Verbo from Barca on loan until the end of the current season.

Milan are competing with West Ham United, England, to win the signing of the player, but the London team has indicated its willingness to join the player by buying his contract permanently from Barca.

The door to leave strongly in January in search of more minutes.

The network reported that Barcelona may stick to the player in the Dutch team Ronald Koeman in the coming period, if he does not succeed in providing him with a replacement in the winter Mercato.

Barca had moved to sign a new left-back this summer, but the administration is not in a good position to complete any deal, especially after the presidential elections were postponed until next March.