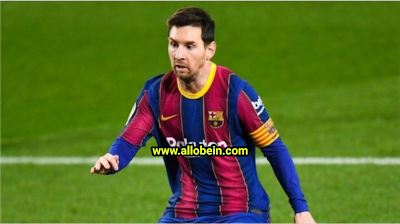 A great mystery surrounds the future of Argentine Lionel Messi, the Barcelona star, in light of the expiration of his contract with Barca next summer, as well as his link to a move to Manchester City or Paris Saint-Germain.

Messi was on the verge of leaving last summer, but Josep Maria Bartomeu, the former president, was not allowed to leave, unless he pays the penalty clause of 700 million euros.

According to the Spanish "Cherngito" program, Messi connected lines of communication with Juan Laporta, the candidate for Barcelona's presidency, and told him that he would stay if the Catalan club concluded 3 or 4 good deals next summer.

Although Messi knows that the Catalan club is suffering from a stifling economic crisis, he expects Juan Laporta (if he wins the elections), to come up with urgent solutions to finance the summer deals, especially since Barca needs to renew his blood.

Messi has been associated with a good relationship with Laporta since his first term as president of the Catalan club (from 2004 to 2009), and the famous lawyer hinted at his ability to persuade the Bolga to stay in several statements he made to the Spanish press recently.

Messi wants to move to a team that has a good sports project, and at the moment, there is talk about Manchester City because of the presence of Pep Guardiola and Paris Saint-Germain in light of the desire of the Polga to associate with Neymar da Silva again.