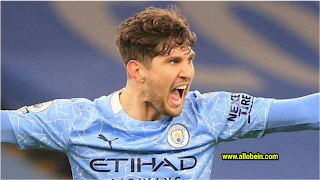 The Manchester City team achieved a big victory over its guest, Crystal Palace, in the nineteenth round match of the Premier League championship, with a score of 4-0.

City to raise its score to 35 points and advance to second place, on goal difference from Leicester, third, and Crystal Palace's balance stuck at 23 points, in thirteenth place.

Gundogan the second goal in the 57th minute of the confrontation.

The brilliant Stones added the second and third personal goal for City in the 68th minute, and Raheem Sterling concluded the quartet in the 88th minute. 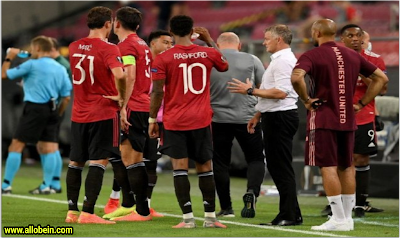 A goalless draw overshadowed the Liverpool match against Manchester United at the top of the nineteenth round of the Premier League, in the meeting that was held on the ground of "Anfield", to raise Manchester United's tally to 37 points in the lead, while Liverpool raised its score to 34 points in Temporarily third place.

The start of the match was strong from both sides, but in the midst of the limited play in the middle of the stadium, then Liverpool entered the atmosphere of the match quickly and tried to pressure Manchester United, who retreated to its areas and tried to close spaces for the Reds players, while the 16th minute witnessed the first shot from Ferminho inside the penalty area, but I lost my way to the goal.

In the 20th minute, Shaqiri hit a ball from outside the penalty area, but it hit the defense and then into a corner, and after that the Liverpool advantage in terms of control and possession of the ball continued, then Fernandez almost scored the goal of progress with a shot from a direct free kick, but next to Alison's right scissors in the minute. 33.

In the 34th minute, Mohamed Salah rebounded on the left corridor, then entered the penalty area, and the defense intervened and the ball reached Ferminho, who shot it easily between the arms of goalkeeper De Gea, to end the first half 0-0.

In the 61st minute, Martial came out and entered Cavani instead, after which Salah almost snatched the goal of progress after he received a ball inside the penalty area and hit a ground that hit Maguire and went to a corner, and then Fernandez hit a ball from outside the penalty area, but it was easy, and after that the two teams' attempts continued. Without real danger.

In the 83rd minute, Paul Pogba almost scored the goal with a shot in front of the goal, but Alison continued his brilliance, then Ferminho went out and Origi entered, then Vinaldum went out and Milner entered, and then Fernandes left and Greenwood entered, the minutes passed after without real danger, to end the meeting with a goalless draw without Goals.