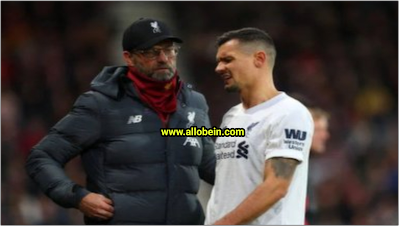 These days, Liverpool is experiencing a major defensive crisis due to the multiple injuries that hit the back line of the Reds, as Virgil van Dyck and Joel Matip are away for a long time, which forced Klopp to use the midfielders to occupy that important position.

Lovren said, in statements carried by the British Daily Mail newspaper, "I did not regret my departure. My decision in the summer was firm to leave the Reds, and I do not look back."

The Russian Zenit Petersburg defender, now, continued his speech by saying: “I was disappointed last season when I did not play, now everything is different.” He continued, “I think that Liverpool misses me more than I miss them, and Jürgen Klopp knows this because we communicate together.”