Liverpool clarifies its final position on the sale of its star, Mohamed Salah 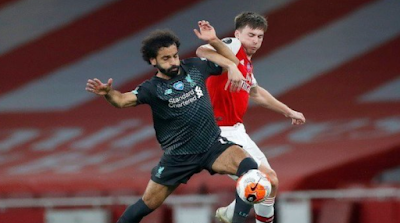 The British newspaper "The Sun" revealed the final position of Liverpool FC on the sale of Egyptian star Mohamed Salah during the summer transfer market.

The name of the Egyptian international, Mohamed Salah, was linked to leaving the ranks of the Liverpool team after the end of the current season, to go to a professional experience elsewhere.

And Mohamed Salah had hinted in his interview with the Spanish newspaper "AS" that he could leave Liverpool in the summer and play in another team, especially after his recent crisis with his German coach Jurgen Klopp, and his failure to obtain the captain's badge in the Reds match against Mittelland in the Champions League competition. .

"The Sun" newspaper indicated that the Liverpool administration is not even considering selling its first star, Mohamed Salah, despite news that the player is not happy in the team.

The newspaper added that the Liverpool management adheres to the survival of Mohamed Salah, who is the most prominent player in the Reds squad this season, by leading the Premier League scorer table with 13 goals.

It seems that the player himself will withdraw his decision to leave Liverpool, and will continue with the team for another season at least.