Liverpool are ready to lose Wijnaldum 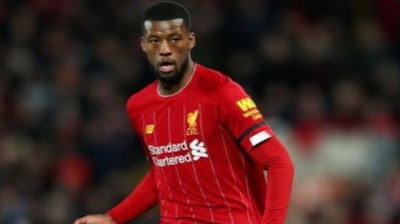 Dutch midfielder Jorginho Wijnaldum wants to stay with Liverpool FC, but it is clear that the Reds are not ready to meet their demands on the new contract.

Vinaldum, who won the Premier League and Champions League titles, has a contract expiring at the end of the current season and is free to talk to any foreign club about a move to this summer.

Reports claim Wijnaldum wants his annual salary to be among the highest within the club and to be close to the highest-paid players at Anfield.

Vinaldom was close to moving to Barcelona in the last summer transfer market, and he started 15 games this season with Liverpool in the Premier League.

According to former Tottenham striker Darren Bennett, Vinaldum does not deserve to be one of the best players in the club: "He has been very good with Liverpool so far ... but I cannot put him on the same level with Salah, Sadio Mane and even Roberto Firmino."

He added, "He had a big role in the team's victory in the Champions League, but he could not demand the same salary as Van Dyck and even Robertson and Arnold ... he was part of a very successful team."

It seems that the Red Club is ready to lose Vinaldum in the summer for free, and Juergen Klopp had talked about his future on Thursday by saying: “I love him as a person and as a player, nothing else to say and if there is a decision you will know it..but I have nothing to say about his situation.”