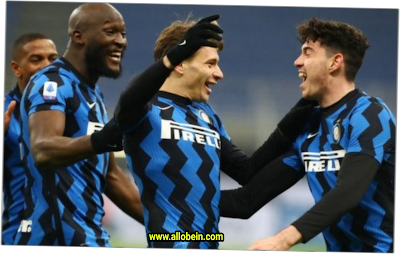 Inter Milan, the Italian derby, was decided by Juventus, with two unanswered goals, in the match between the two teams in the Italian League Championship.

Inter Milan clashed with its guest Juventus on Sunday evening at the Giuseppe Meazza stadium, as part of the matches of the 18th round of the Italian League competition.

Arturo Vidal scored the first goal for Nerazzurri in the 13th minute, with an elaborate header to the right of Chesney, after a cross from the right by Niccolo Barrilla.

He was alone and hit his right hand into the net.

The balance of the snakes rose with that result to 40 points in second place in the Calcio ranking table, by goal difference behind leaders Milan, but the Rossoneri played a lesser game, as he meets on Monday evening with his host Cagliari.

On the other hand, the Bianconeri balance stopped at point No. 33 in the fifth place, 7 points off the lead, and the old lady still has a postponed confrontation against Napoli.