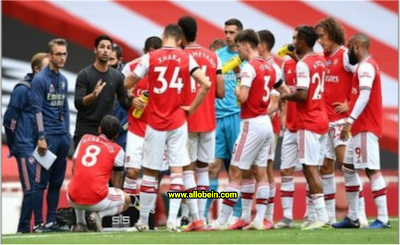 Italian press reports mentioned the interest of Barcelona, ​​Spain, and more than one major European team, to include Hector Bellerin, the right-back of Arsenal, during the summer transfer market.

The young Spaniard, Hector Bellerin, 25, is considered a Barca academy graduate, but he left Barca early to play for Arsenal's U-18 team in the summer of 2011.

After that, Hector Bellerin became one of Arsenal's most important players in recent years, since becoming a first-team player in 2014.

The Italian Calcio Mercato website indicated that Barcelona, ​​Paris Saint-Germain, and Juventus wanted to sign a contract with Pelerin in the summer.

The site added that the war will erupt between the trio "Barcelona, ​​Paris Saint-Germain and Juventus" at the end of the season against Pelerin.

The site indicated that Barcelona may be the next destination for the Spanish youth due to the time he spent in the La Masia academy.

It is worth noting that Hector Bellerin’s contract with his current Arsenal team will expire in the summer of 2023.