-->
F
Home BARCELONE News barcelona coach ronald koeman despite losing the Super Final: We are on the right track

barcelona coach ronald koeman despite losing the Super Final: We are on the right track 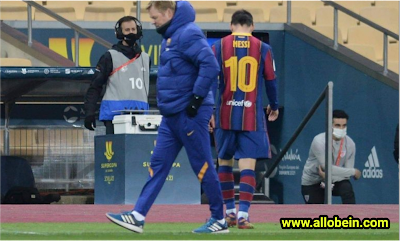 Barcelona coach Ronald Koeman believes that the team is on the right track despite losing the Spanish Super Cup.

Barça lost in the Super Final to Athletic Bilbao (3-2) at the "La Cartuja" stadium, after leading the score twice, in a match that extended to two additional halves, in which the Basque team won.

"It is not a step back, the tournament is an occasion to show that you are on the right track, we will show that it is so, we did everything to win, and we were very tired," Coman said after the match, in statements published by the Spanish newspaper, Marca.

He was asked about relying on Argentine Lionel Messi mainly against Bilbao after a great controversy over his participation due to his recent injury ?: “After many years, he knows when to play and when not to play, he decided to play and nothing else.”

On the decisions of the referee, the most important of which was the expulsion of Messi, Koeman said: "It is better not to speak, to repeat things that I do not like, I will not give an opinion."

About Bilbao’s goals: “They have quality because of the way they get mistakes and do them well. We pass a lot, and we don't have tall players.”

Griezmann expresses his disappointment after losing the Super Final 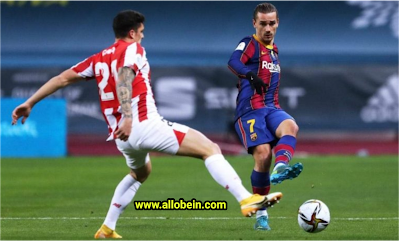 Barca lost after being advanced twice in the meeting, by Griezmann, the latter being aborted by the Basque team in the 90th minute by scoring the equalizer, and the match headed for the additional two halves, in which Athletic won.

"How do you think we are?" Said Griezmann, in statements published by the Spanish newspaper "Marca" when asked about his feelings. We are upset, angry and upset, when you lose permanently, all the bad feelings you have. ”

He continued: "The pressure from Athletic Bilbao was very good. They are doing everything until the last minute and it happened and they won."

"We made mistakes in the strategy and we will have to work on them well during the week. We did not defend well," he noted.

He was asked about the expulsion of Argentine Lionel Messi after he attacked Athletic Bilbao striker, Spaniard Asier Villalibri?

Athletic Bilbao win the Super Cup with a dramatic victory over Barcelona ... and Messi is sent off 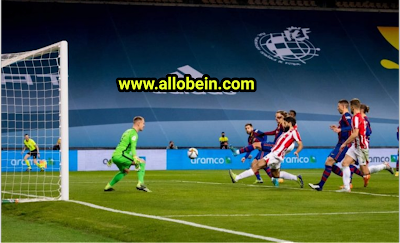 Athletic Bilbao won the Spanish Super Cup for the third time in its history after defeating Barcelona (3-2) in the final held at the Olympic Stadium in Seville “La Cartuja”.

Frenchman Antoine Griezmann opened the score for Barca in the 40th minute with a ground shot from inside the penalty area after following one of the balls.

Griezmann returned Barcelona to the lead again in the 77th minute, after switching Spaniard Jordi Alba's cross with one touch in the net of Bilbao.

Spaniard Asier Villalibri scored the deadly equalizer for Athletic Bilbao in the 90th minute, following an Iker Muniain cross from a free kick, to lead the match to the two additional halves.

Williams signed the winning goal for the Basque team in the fourth minute of the first extra half, with a wonderful shot that Ter Stegen could not save.

This title comes a few days after the Spanish Marcelino García Toral, the technical model for Athletic Bilbao, a rocket start for him in "San Mames", especially as he won the Super Cup semi-final over Real Madrid.

The Barcelona star, Lionel Messi, was sent off in the 120th minute after he dealt a blow to Athletic Bilbao, Villalibri.