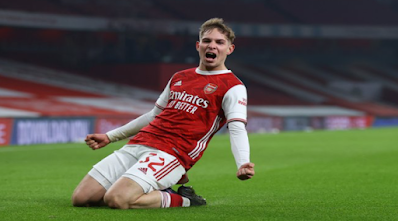 Arsenal qualified for the fourth round of the FA Cup, by winning the third round match at home to Newcastle United, with a score of "2-0" after the extension.

Arsenal could not score all the time in the original time, and the same was true for the away team, and then went to overtime.

Mikel Arteta had made some changes in the second half, and overtime, with Saka, Xhaka, Smith Row, Lacazette and Niles all pushing.

The solution came through the substitutes in the 109th minute, with a ball that Alexandre Lacazette set up with his head to Emil Smith Rowe, who received the ball calmly inside the area and housed the goal.

In the 117th minute, Arsenal secured victory and qualified with a second goal scored by Gabonese star Pierre Emerick Aubameyang.