Arsenal claim a landslide victory over Newcastle in the Premier League 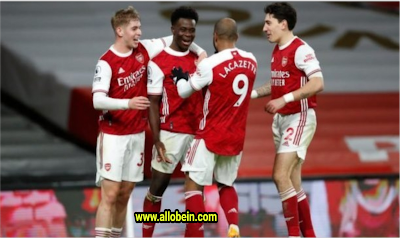 Arsenal managed to achieve an important victory in the English Premier League, at the expense of Newcastle United, with three goals without response, after a wonderful performance by Mikel Arteta and his men.

Their great level in the game, with three goals scored by Pierre Aubameyang in the 50th and 77th minutes, and Bokayo Saka scored a goal in the 60th minute of the match.

Arsenal raised its points tally to point 27, occupying tenth place in the table, while Newcastle United stuck at point 19, with the team occupying the fifteenth place.