Arsenal announce the departure of its defender permanently 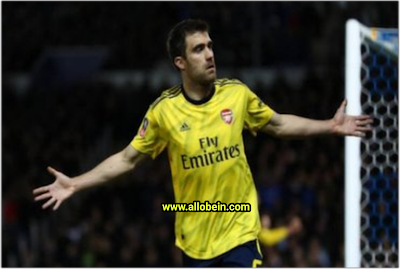 Arsenal FC has officially announced the departure of Greek defender Sokratis Papabadlos, officially and permanently, from the ranks of the first football team.

And the English club Arsenal published an official statement on its official website on the Internet and its verified accounts on social networking sites Facebook, Twitter and Instagram announcing the departure of Greek defender Sokratis.

Arsenal posted a very special video, in a wonderful way, about Sokratis' best moments with the team, saying goodbye to the latter in a very decent way.

Arsenal has officially confirmed that the Greek Socrates left the team after the mutual termination of the contract between them.

Socrates will now be entitled to sign and join any team for free, either in January before the end of the winter transfer window or for the next season.