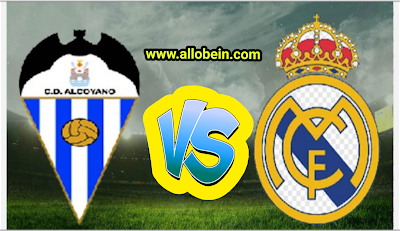 Real Madrid is playing an important match with its counterpart Deportivo Alcoyano on the evening of Wednesday, January 20, at the Coyao Stadium, for the events of the 32nd round of the King's Cup for the new season 2020/2021.

Real Madrid were knocked out of the Copa del Rey last season in the quarter-finals after falling into the trap of defeat by Real Sociedad with four goals for three.

Real Madrid is looking forward in this meeting the best preparation in order to achieve victory and heal its wounds after leaving Athletic Bilbao from the Super Cup in the semi-final stage, and does not want to repeat the defeat again because it wants to compete for all the remaining titles this season.

Zinedine Zidane's battalion This match may be within reach and relatively easy due to the weakness of the opponent, but he must not be complacent and lethargic in front of him and must fight with all strength to win to cut the pass to the next round.

While Deportivo Alcoyano crossed into this role after he crossed from the first and second round in which he defeated Huesca, who is in the Spanish Premier League, and this may be a great moral motive to exploit him in the face of the royal and fight to kidnap him the pass and create an element of surprise and double the pain of the opponent.

The date of the Deportivo Alcoiano match against Real Madrid

The competition is the King's Cup

The stadium is the Kuyao Stadium