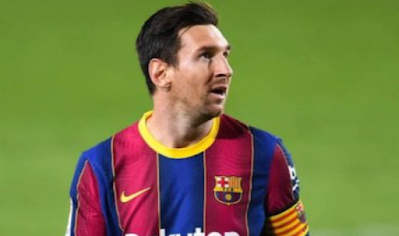 Doubts over the past hours surrounded the possibility of the Argentine star Lionel Messi participating in the Athletic Bilbao match, scheduled for Sunday evening, in the final of the Spanish Super Cup, while the Catalan newspaper "Sport" revealed the player's position on the match.

The newspaper confirmed that the player is currently training with the rest of the team in a refresher training session before going into the Spanish Super Cup final, tonight, against Athletic Bilbao.

She explained that Messi's feeling in training was very good, while quoting sources in the Catalan club's dressing room, the intention of Dutch coach Ronald Koeman to include the leader of the Blaugrana in the starting line-up against Athletic Bilbao in the match that will be held at La Cartuja stadium in Seville.

And Messi had missed due to injury in the semi-final match Barcelona fought against his counterpart Real Sociedad and ended with the victory of the Catalan club on penalties after the end of the original and extra time with a 1-1 draw.

Coman announced, during the press conference for the Bilbao match, yesterday, Saturday, that Messi will decide whether or not to participate in light of his sense of his body and his physical condition, while the Catalan newspaper explained that Messi feels that he is in perfect condition to help his team to get the first title of the season.