-->
F
Home ChampionsLeague The result and the squad, the match between Ajax Amsterdam and Atlanta in the Champions League matches

The result and the squad, the match between Ajax Amsterdam and Atlanta in the Champions League matches 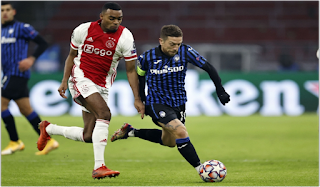 Dutch club Ajax will host its counterpart, the Italian team, Atlanta, led by referee Carlos Del Siro, at Johan Cruyff Stadium, as part of the two teams' matches in the sixth round of Group D of the UEFA Champions League competition. The match will be held without the presence of the masses due to the Corona pandemic.

In the sixth and final round of the Champions League competition, at the Johan Cruyff Stadium, Atlanta defeated Ajax 1-0.

The only goal of the match came through the player Luis Muriel, after a wonderful goal that reached him to dodge the goalkeeper and score the winning goal for Atlanta.

With this result, Atlanta's score rose to 11 points, making it second, while Ajax's score at 7 points makes it third in the European League.