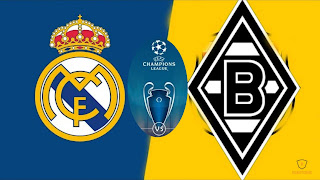 Real Madrid is a heavy guest on the German team Borussia Monchengladbach, on Tuesday evening, October 27, at the Borussia Park Stadium, in the second round of Group B in the European Football League.

Real Madrid enters the meeting with high confidence and high spirits after winning the Clasico on Earth with a three-goal goal against Barcelona, ​​and forgetting the defeats he missed, whether against Shakhtar in the role of champions or Cadiz in the Spanish League.

The royal after beating his traditional rivals Barcelona, ​​he will be in his best condition, so he will enter the meeting with all his strength and do everything for victory and reap the first victory in his European career and improve the lackluster image in which he appeared in the opening match.

The date of the Borussia Monchengladbach match against Real Madrid

The competition is the UEFA Champions League

The stadium is the Prussia Park Stadium